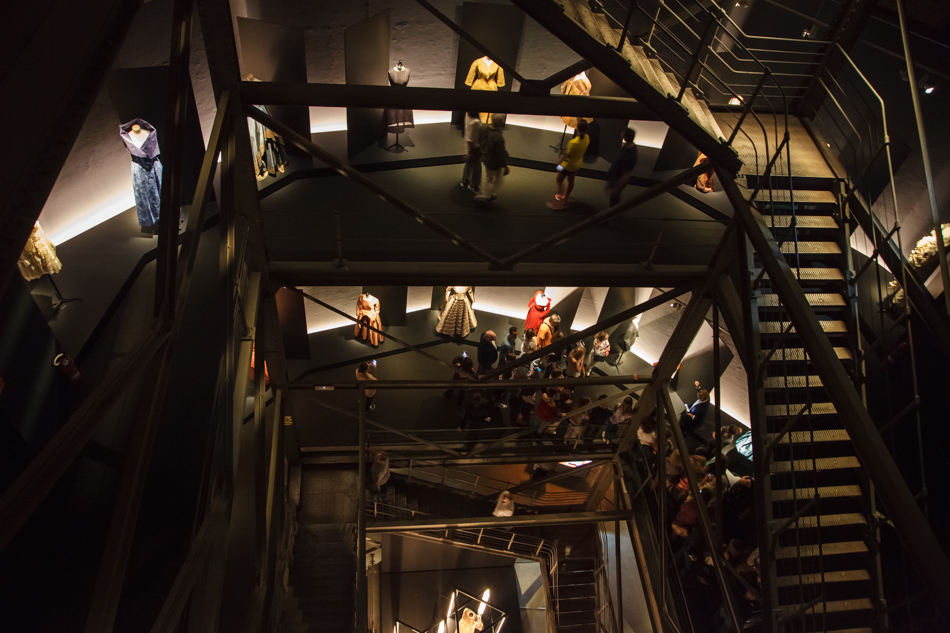 This exhibition untitled "Jesús del Pozo" was a homage to the greatest Spanish fashion
designer Jesús del Pozo, who died in 2011 and was very long waited and deserved.

The exhibition was at the Sala Canal de Isabel II - Comunidad de Madrid, curated
by Esperanza García Claver, Sept-Oct 2016. The special conditions of the exhibition
space together with the requirements of the pieces exhibited result in being the
protagonists of the show, and although it was intended as a homage to the designer,
each garment was the case. But, having said that and taken into account, one can
always focus on the main matter here: the pieces, works of art in most cases,
designed and created by the feverish mind of Jesus del Pozo. 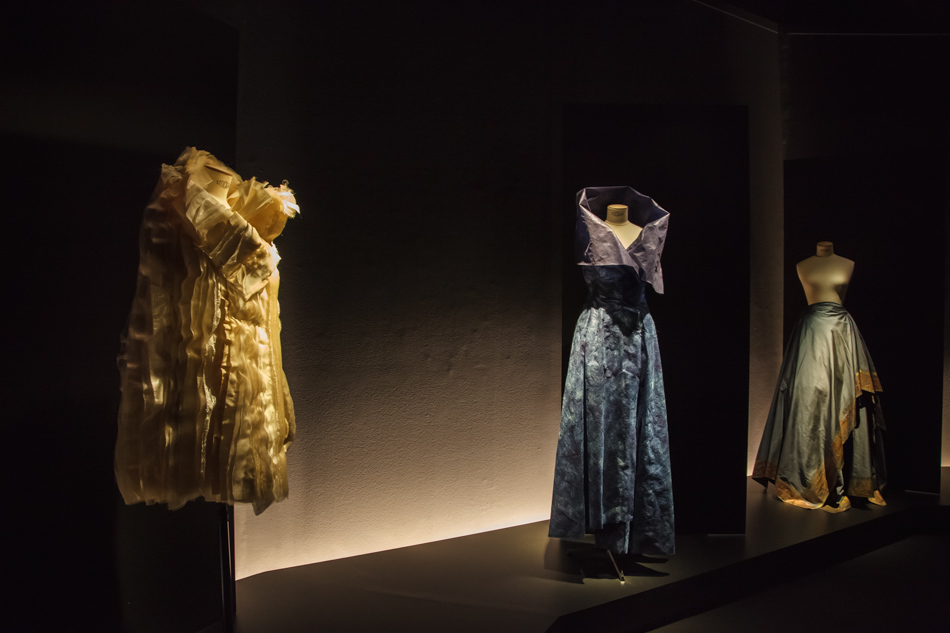 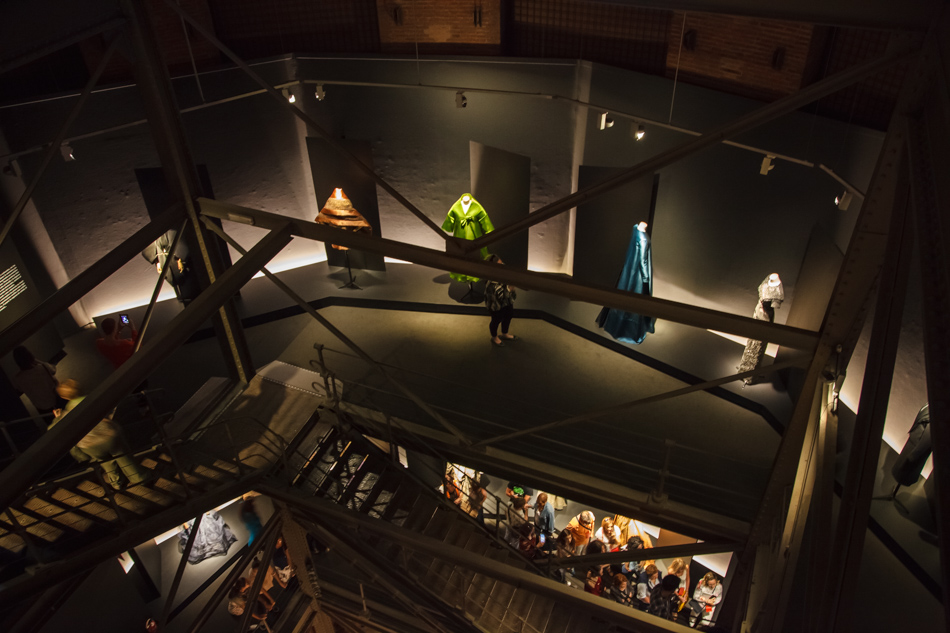 This exhibition was not only a well-deserved homage, but also an exaltation of the
fashion creation of the 80s, specifically in Madrid, where the artist had his sewing
workshop installed and also a sample of the artistic capacity of El Pozo. Apart from the
fact that the designer created many outfits for well-known clients, the costumes and
ensembles that are part of this exhibition are a minimum part of the catalogue of
creations del Pozo did along his career, but they are a good example of his
craftsmanship and powerful imagination.

His sculptural visions are shown here in some  of the pieces that resemble works
of art of the classical times. The purity in lines and patterns, as well as the use of
fine and artistic fabrics are the signature of his brand and were the touches that
made his collections be the most demanded in the times his atelier was open.

The display of the garments following the layout of the halls and the stairs,
with the impressive metal architecture of the former water tank space, together
with the use of very low light and dedicated spots on certain pieces, give a very
dramatic impression of the exhibition. Climbing up the stairs of every floor
prepare the visitor for an almost of spiritual experience.

This exhibition was a good, and also a little risky due to the space chosen, approach
to the oeuvre of the very talented designer,  that created a refined and very artisanal
body of work, it was more than fashion design, it was a very artful creative body of
work and it was more that the right time to celebrate it. 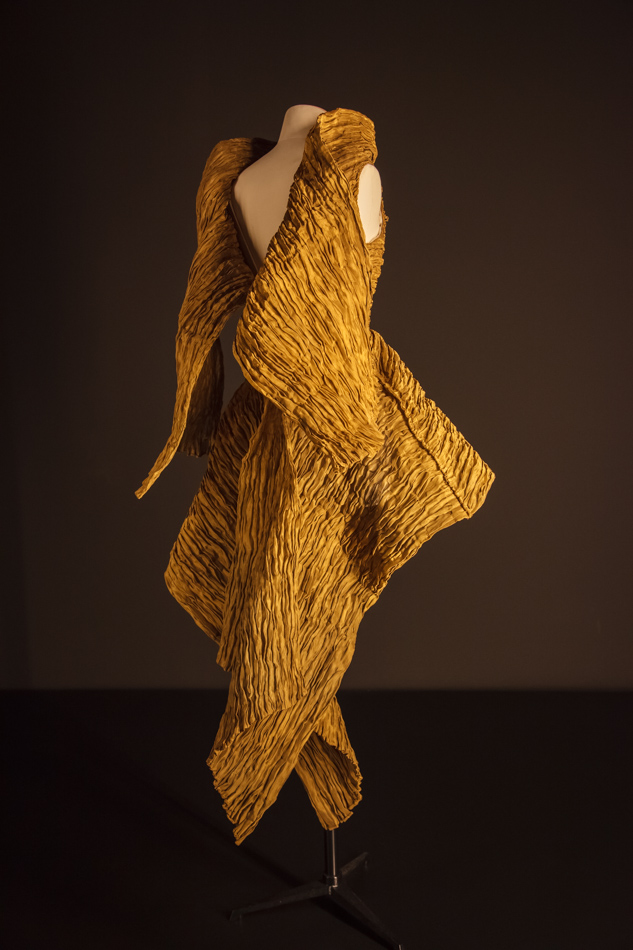 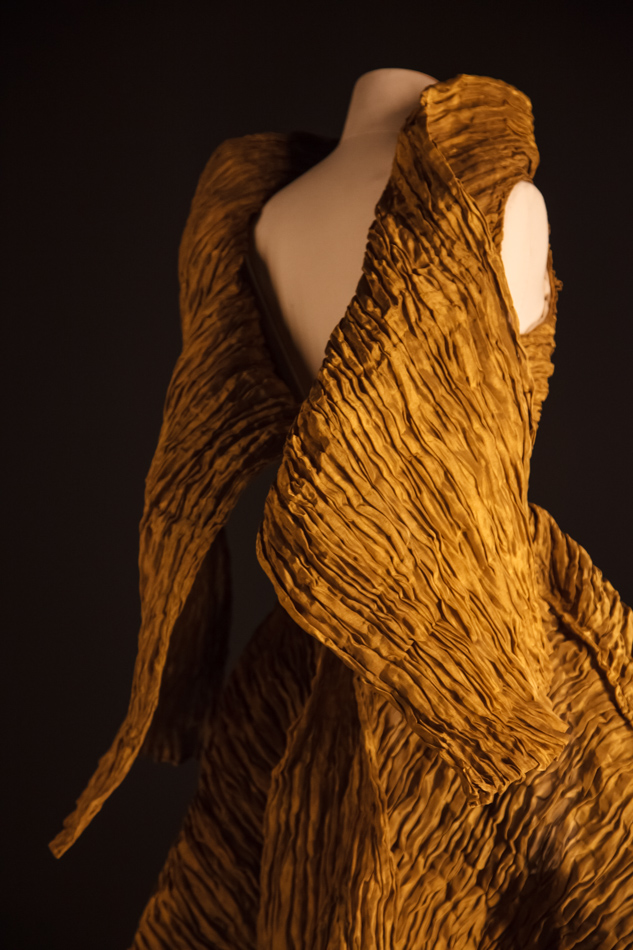 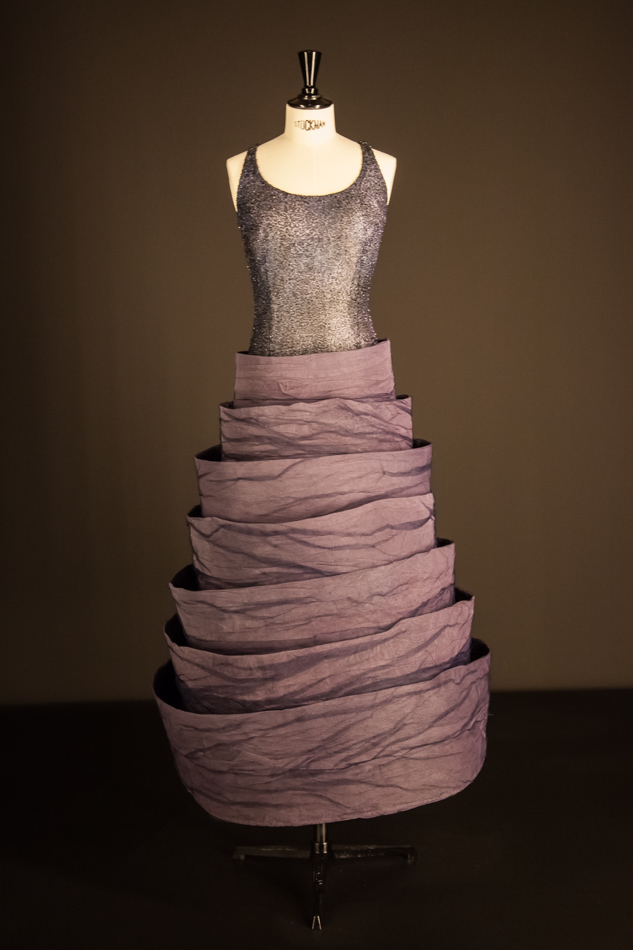 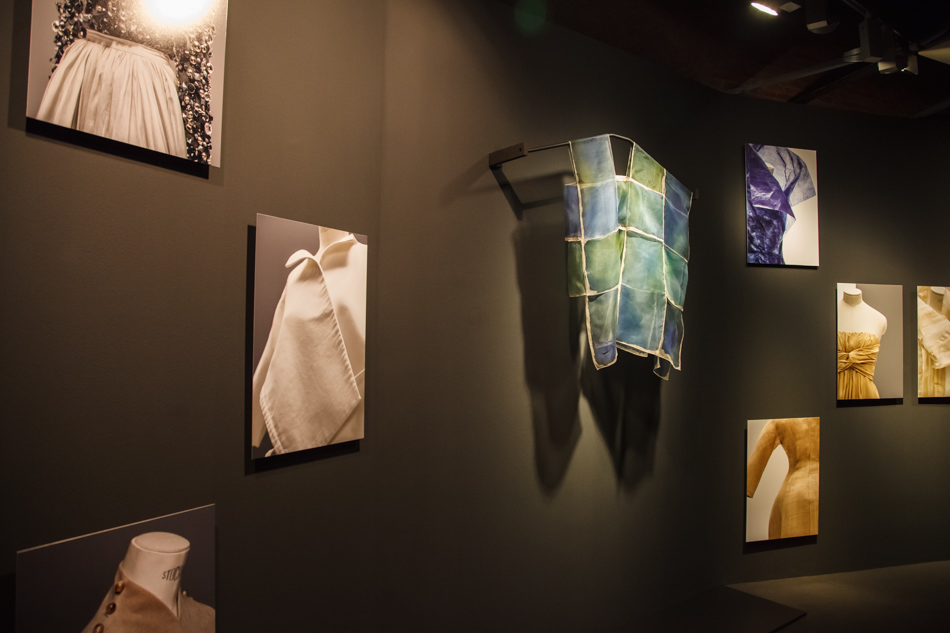 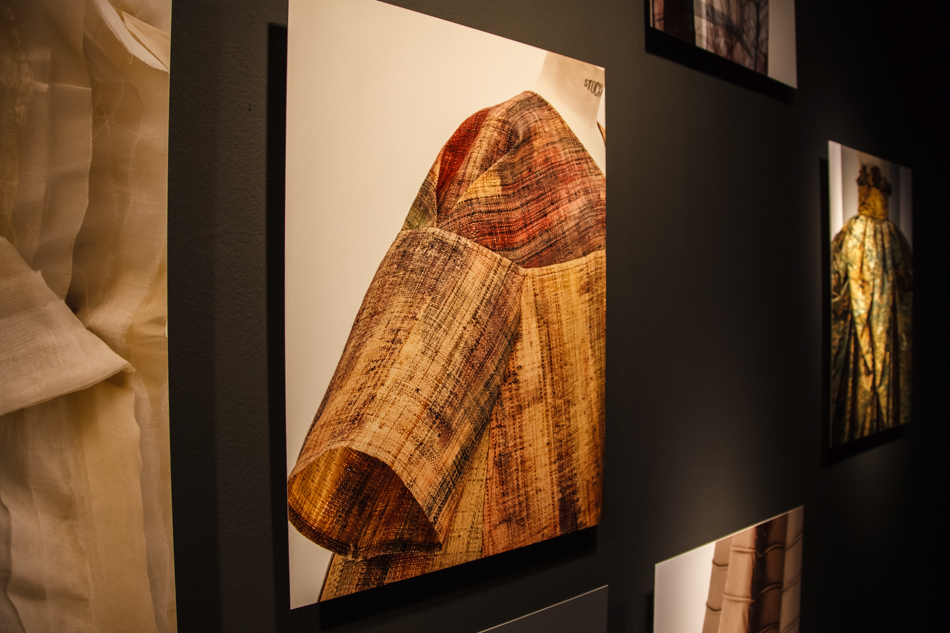 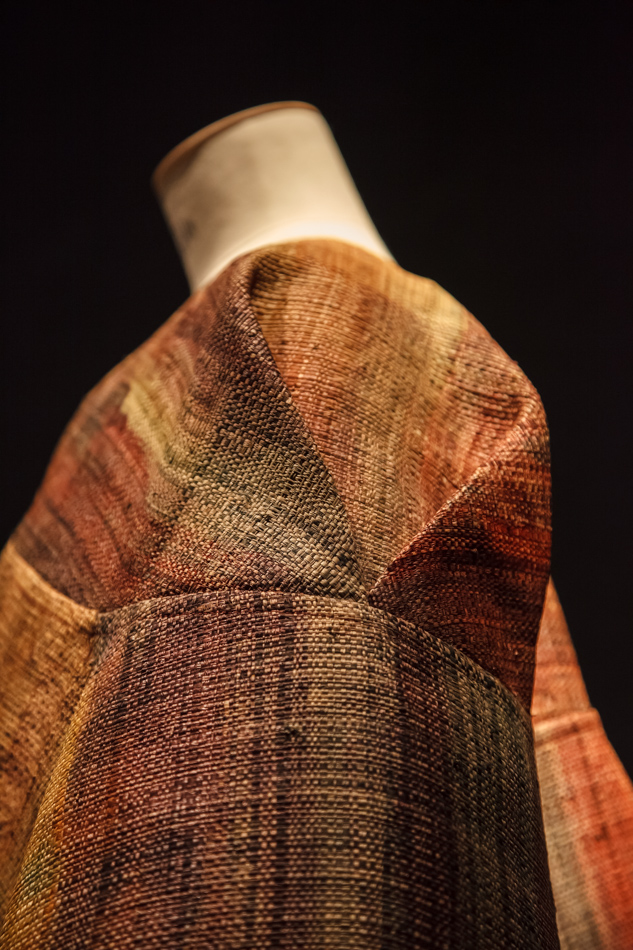 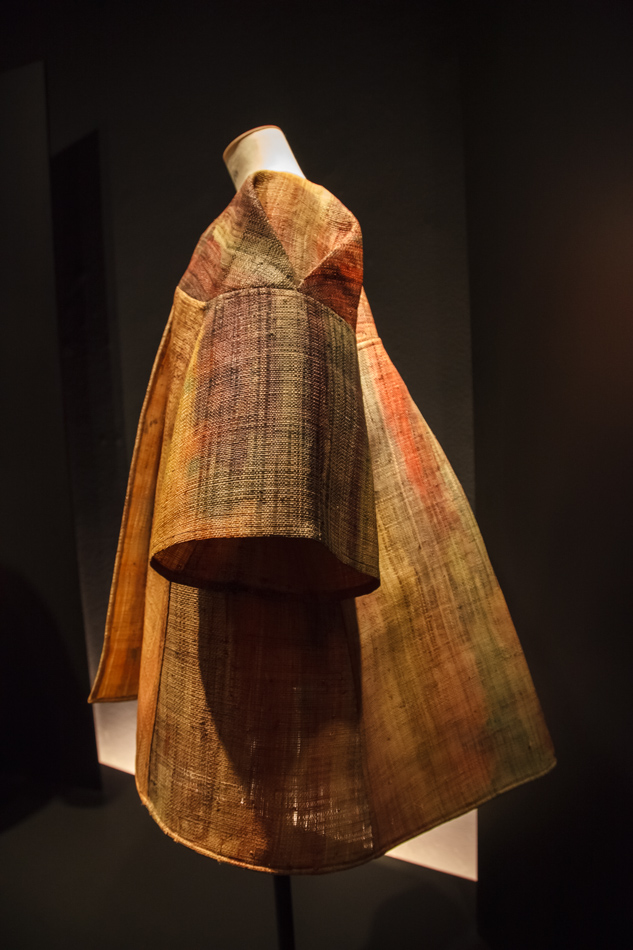 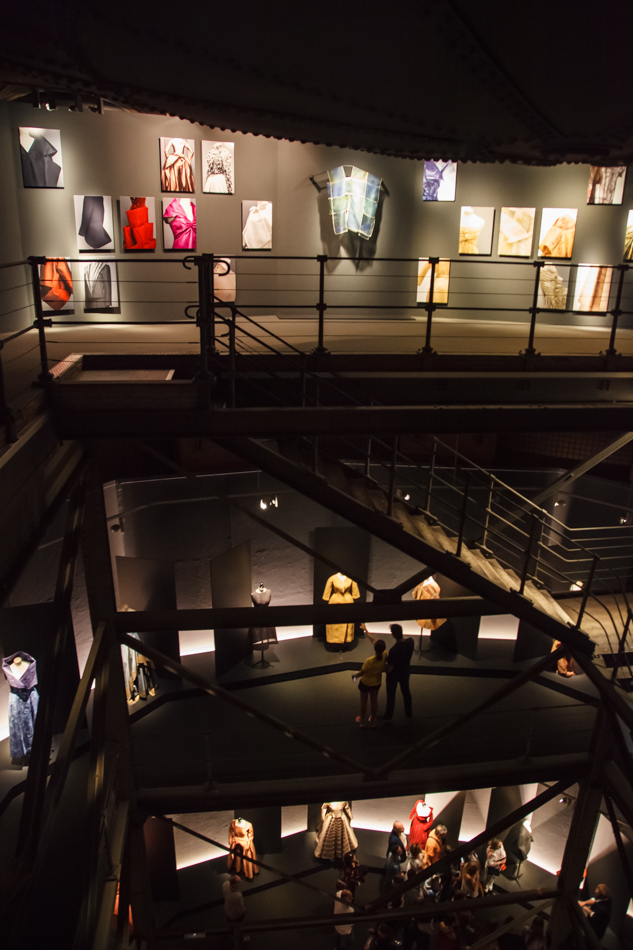 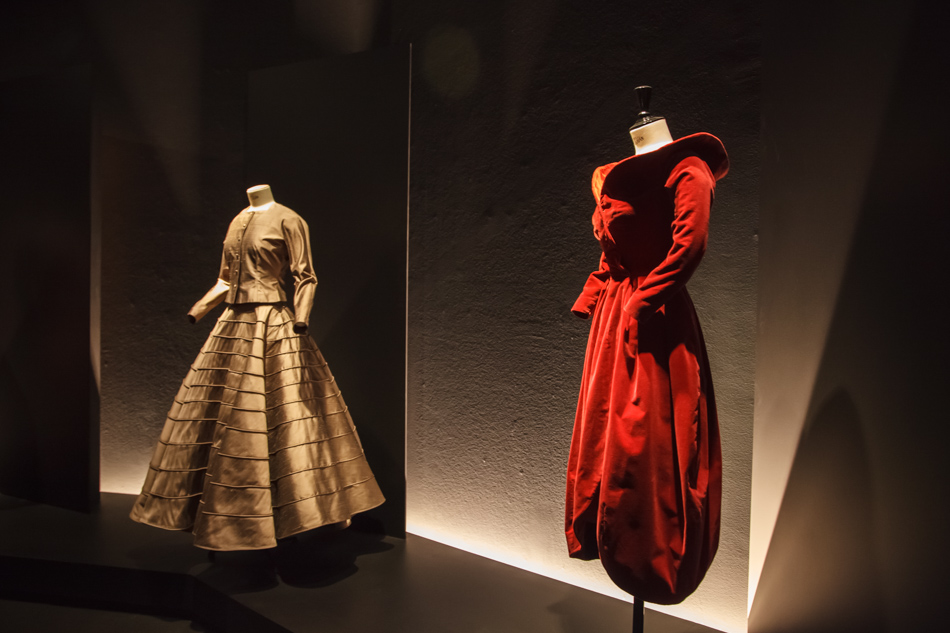 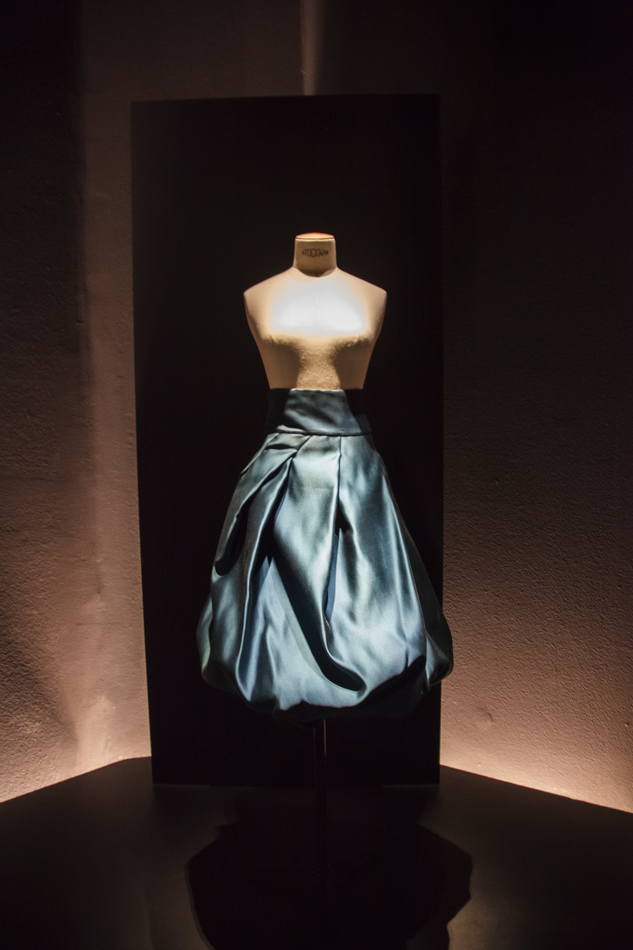 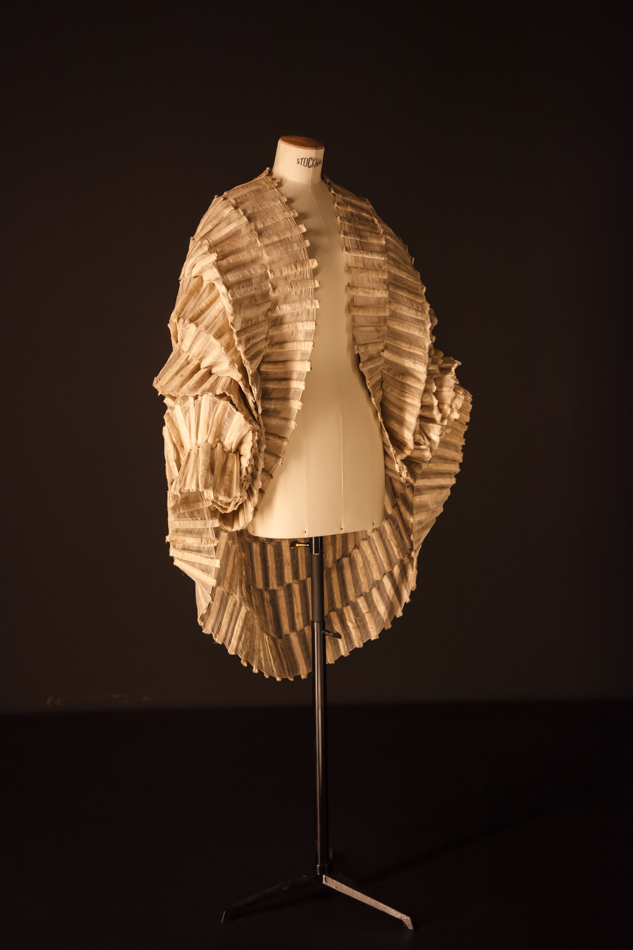 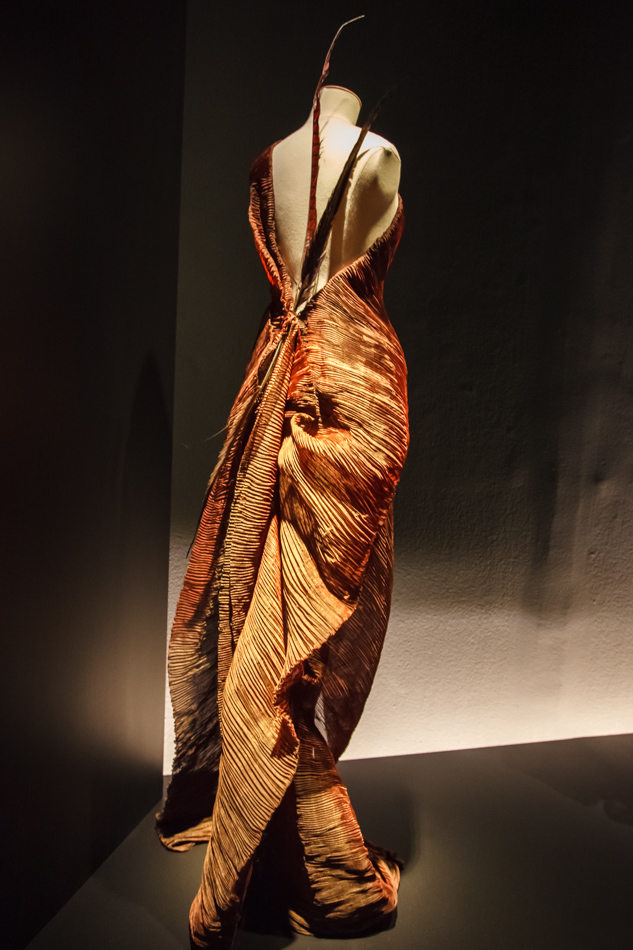 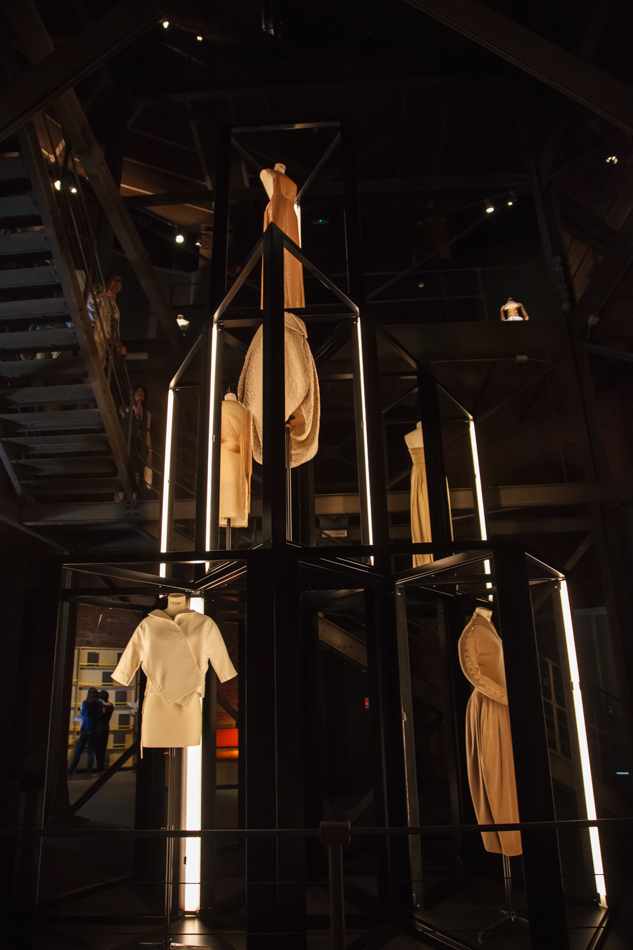